Streaming platforms (Netflix, HBO, Amazon, etc) favor material with worldwide appeal. International castings are common and actors everywhere should be ready for such opportunities. Acting is a muscle which requires training/practice on a constant basis. And there's always something new to be learned.

Please note that this course will be taught entirely in English.

Students receive a Development/Summary by Javier Alcina on two highly effective techniques, essential to the analysis: the Tony Barr & the Lesly Kahn techniques.

You also discover a form of text analysis to clarifiy and simplifiy your acting. An Intensive Workshop with this innovative approach:

Each student is coached on specificity, taking their acting to the next level.

Students are also required to memorize the first 5 lines of any monologue.

•       Familiarize yourself with key concepts from a great variety of acting techniques.
•       Work on a scene from an American/British tv show or film (of recent release).
•       Explore the entire filming process live and receive personalized coaching.
•       Get to play both characters in a scene experiencing the overall structure.
•       Assimilate a form of text analysis which will simplify your preparation.
•       Discover the 5 line monologue exercise developed by Javier Alcina.
•       Find out how to practice specific thoughts for each line of text.
•       Learn to identify genre and how to stay in genre.
•       Discover a very effective memorization exercise.
•       Obtain professional footage to add to your reel. 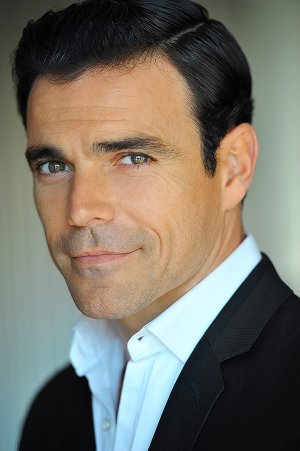 Javier Alcina graduated from the Guildhall School of Music & Drama in London, where he also attended the Lee Strasberg Institute. Receiving a Fox Fellowship Award, he continued training as a director with Anatoli Vassiliev in Russia & France. He also studied with Lesly Kahn in Hollywood and at the Tony Barr's Film Actors Workshop in Santa Monica. He has collaborated with some of the most celebrated artists in theater, film and tv, such as Tom Hardy, Sir Alan Bates, Derek Jacoby, Rosamund Pike, Jimmy Kimmel or Kenneth Branagh. He has worked in Spain, China, Russia, France, England, Italy, Morocco and the US. He is a resident teacher at the Edgemar Center for the Arts, with the Michelle Danner Acting Studio in Los Angeles, teaching acting techniques such as Stella Adler, Stanislavski, Meisner, On-Camera Acting, Scene Study, Voice, Shakespeare and Accent Reduction. He also works as an acting coach for professional actors in different countries.